Cyndie Fajardo is precisely the person we need to lead the Pierce County Sheriff’s Department into this new decade. A 32-year veteran of the Sheriff’s Department, Lieutenant Fajardo has an unequaled level of experience. Her leadership responsibilities and supervisory commands in patrol, narcotics teams, search and rescue, community programs and local precincts give her the knowledge and foundation to grow the Sheriff’s Department. Cyndie has earned the respect of her fellow officers as well as the community she has served. Lieutenant Fajardo has successfully worked closely with the community on issues surrounding mental health, homelessness, and crime.

Locally, Cyndie Fajardo manages the Sheriff’s Search and Rescue Program, a combination of deputies and dedicated volunteers who work tirelessly to bring home the missing.

Cyndie Fajardo’s leadership is not limited to the Sheriff’s Department. Her experience extends statewide as well as nationally. She is a Task Force Leader for Washington State Urban Search and Rescue WATF-1 and led a 70-person rescue team to assist in the recovery efforts in the OSO Landslide. Cyndie has brought her leadership skills to other national disasters: 9-11 NYC World Trade Center, Hurricanes Katrina, Ernesto and Sandy, the Boulder Colorado Floods, and the recovery of the Columbia Shuttle. 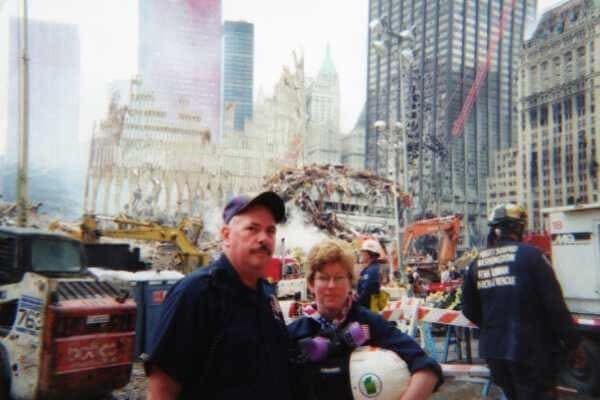 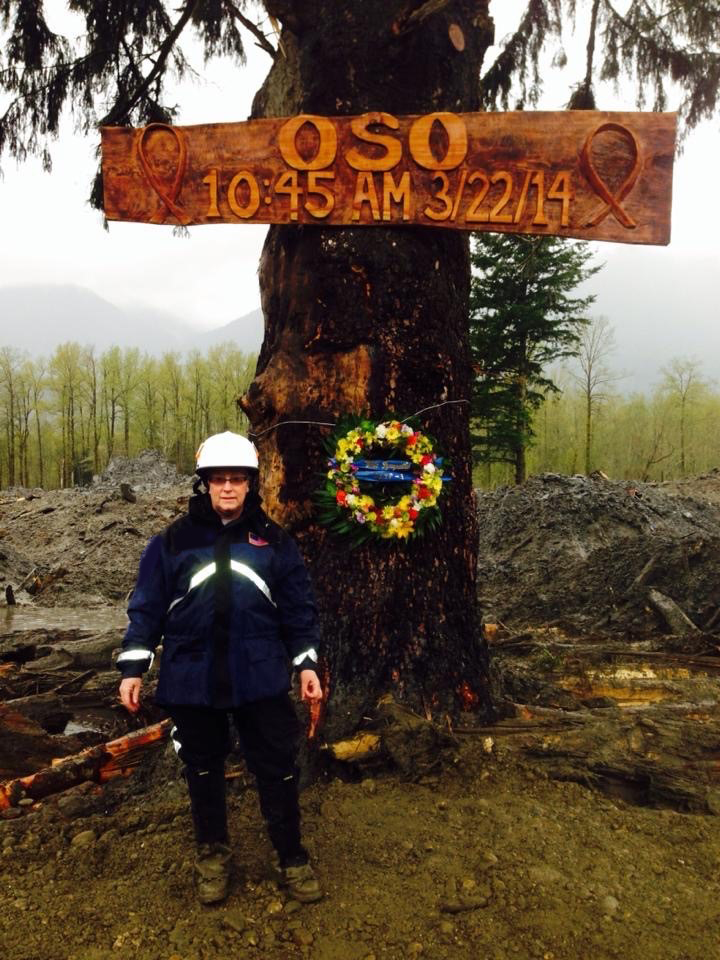 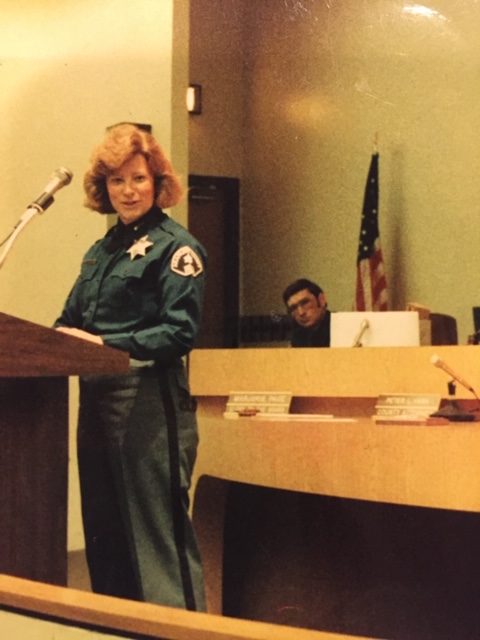 Elected as President  of  her graduating Police Academy Class

Cyndie was born in Brooklyn, New York, and is the youngest of six children. As a young woman, Cyndie initially had intentions to be a forest ranger and attended the State University of New York in pursuit of that goal. She would have the opportunity later in her law enforcement career to use those skills when she was appointed to the Pierce County Parks and Recreation advisory board.

Cyndie moved from New York in 1979 to the Rocky Mountains of Colorado where she served as a deputy with the Arapahoe County Sheriff’s Department. In 1988, Pierce County was hiring under their law enforcement levy. Cyndie and her husband Gabriel joined the department and made Washington State their home.

Cyndie Fajardo is fourth-generation law enforcement dating back to 1886!

Cyndie’s maternal great-grandfather, John, was a patrolman and traffic officer for the New York City Police Department from 1886 to his retirement in 1916. John’s footsteps were followed by his son Frances, who served the NYPD from 1911 until his death in 1933. Francis’s wife, Frances, (yes, they had the same name!) served as the precinct matron taking care of women prisoners. At age 72, Cyndie’s father, James, began working for the Orange County NY Probation Department. The tradition continued in the next generation with Cyndie’s nephews Ed and Jim joining the NYPD and later retiring from the department. Unfortunately, the family lost Ed recently to 9-11 related cancer. Currently, her great-nephew Mark is waiting to start the academy, which has been delayed by the COVID virus. 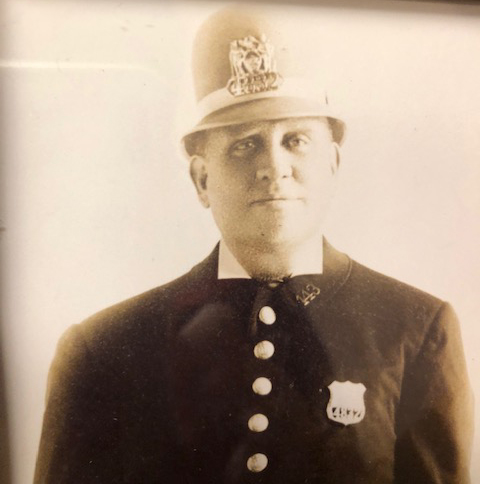 Chief of Police, Town of Steilacoom

The Town of Steilacoom approached the Sheriff’s Department with a request to provide an Interim Chief for their Public Safety Department. Cyndie Fajardo served in this position from 1999 through 2003. As the Director of Public Safety, she was responsible for not only managing police services but also fire and emergency medical services. Recognizing that she had no previous experience as a firefighter, Cyndie entered and completed the firefighter program at Bates Vocational.

“I thought it important to understand what it was I was asking of my staff. How could I ask them to do something without knowing the risks involved? I read manuals and articles, did research and leaned on others in the profession, but there is nothing better than hands-on learning. Yes, the fire academy is much more physically difficult than the police academy!” 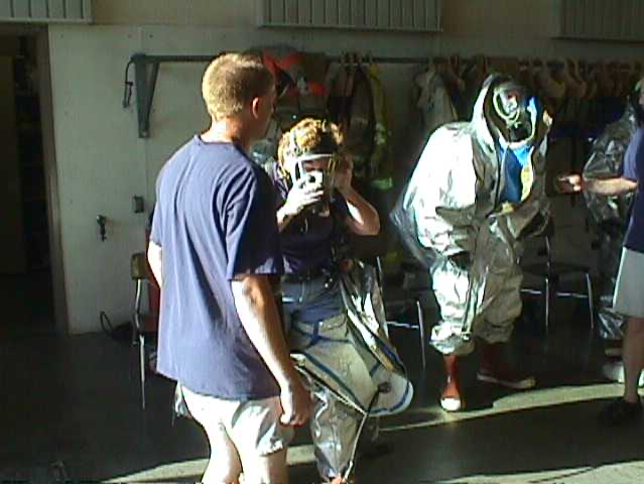 Potentially the greatest Firefighter ever to run for Sheriff. You have my vote! 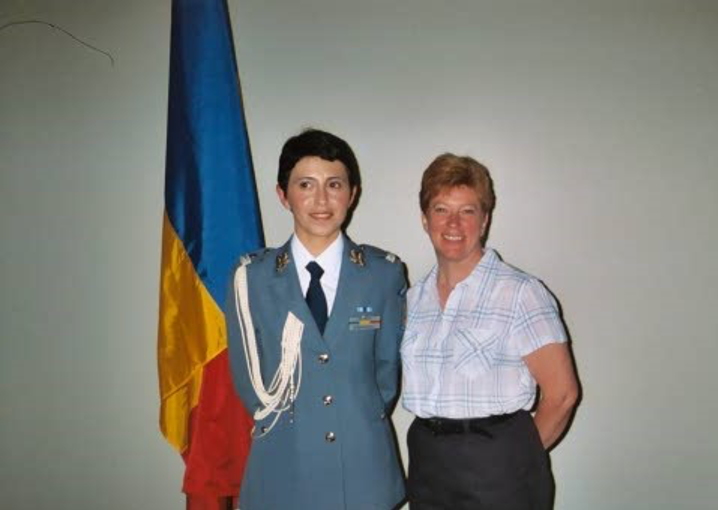 Cyndie and her roommate from Romania

In 2003, Cyndie graduated from the FBI National Academy (FBI-NA) in Quantico, Virginia. The FBI-NA is a professional course of study for United States and international law enforcement managers. Participants with demonstrated leadership qualities are nominated by their respective agency heads to attend the invitation-only 10-week program. Cyndie completed rigorous coursework including intelligence theory, terrorism and terrorist mindsets, management science, law, behavioral science, law enforcement communication, and forensic science. In addition to graduating from this highly-recognized international program, Cyndie gained invaluable knowledge and skills to add to her significant law enforcement experience, with the direct intent to serve “to improve the administration of justice in police departments and agencies at home and abroad and to raise law enforcement standards, knowledge, and cooperation worldwide.” (FBI-NA)

Sign up to receive the most up-to-date news, announcements and event information by e-mail.

Cyndie Fajardo is a dedicated leader in the community with the unique experience to usher the Sheriff's Department into the next decade.